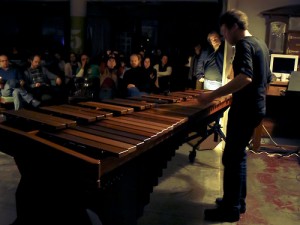 In a lot of ways, Kickstarter is supposed to free you from revenue projections. Kickstarter CEO Perry Chen tells the story of wanting to see if there was enough interest in an event before committing the money and effort to hosting it – that experience was part of what inspired him to create Kickstarter. The is that you just throw up a Kickstarter page, send it around, see if it gets people excited enough. If so, you do it. If not, you walk away, no harm done.

If that’s what you’re trying to do – test interest in something – revenue projections are kind of beside the point. The whole campaign is one big revenue projection. It’s one big piece of market research that saves you all the agonizing about what the right price is and how big the market is for whatever you’re doing. And if that’s what you’re doing, you’re supposed to fail a lot. You’re supposed to put up a bunch of campaigns, send them around all the time, and see which idea has enough traction to be worth doing.

And that’s kind of a beautiful idea – having the first step of what you do be to sketch it out and see if it’s worthwhile. But it’s also an incredibly uncommon approach to Kickstarter.

Most people already know what they want to do and are committed to doing it. They’re not trying to gauge interest, they’re trying to make it happen. So they need to do all the normal budgeting things that crowdfunding can free you from. You need to balance your expenses and your projected revenue. You need a good idea of the right price for your rewards and the size of the market.

A lot of projects are a mix, with a minimum amount to make the project happen, and also the possibility of selling however many CDs or tshirts as people want to buy.

Getting Ready for RUCKUS NYC

In the last month or so I’ve been working in high gear with Victoria Nece and Zach Herchen to get ready for RUCKUS NYC, a one-day conference and concert on art and the internet that’s happening at Cooper Union on 9/29. For more information here’s the RUCKUS NYC website. We’re getting ready to launch our Kickstarter, which is part of why I’m thinking about all this stuff.

We just plain want to make this happen, but we want to scale the event to the size of the group that wants to attend. If there are 50 people there, we’ll have one kind of conference. If there are 500 it will be very different. How many new people will arrive just for the concert? Another 10% of the conference audience size? 50%? 200%? We don’t know.

Luckily we have a lot of flexibility with our plans, and can adjust what we’re doing to the number of people who want to be part of it. So in a sense we are trying to gauge interest, but it’s harder than the usual hybrid project. If 500 people want to come to RUCKUS, we’re going to need to fundamentally change what we do on September 29th to accommodate them. If this were a CD recording project, and 500 extra people bought the record, that would be much easier to handle.

And so, even though we are trying to see how many people think that a conference and concert on art and the internet is awesome enough to want pay $75 to come to the full day (or $25 for just the evening show), we also need just the same kind of revenue projections that Kickstarter can sometimes save you from having to do in the first place.

It’s interesting. And of course we’re very excited for RUCKUS NYC – if you are too, sign up to hear when the Kickstarter project gets launched: