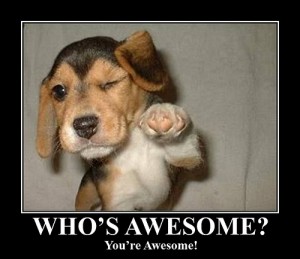 I got it wrong about the favors. In my last post I talked about exchanging favors, and owed debts for previous non-monetary transactions. I wanted to connect it to stuff previously done with money, and I mistakenly thought about it as an exchange of value in far too concrete a sense. It’s been haunting me since my last post, all through the holidays, and so here I am to once again revise and extend my remarks.

Thanks you guys for letting me work stuff out at you like this – I really appreciate it, and I’m very grateful to hear about holes in my thinking, implications I’ve missed, and any other way to make this stuff better. Hearing about when I’m wrong is a big part of why I started writing my thoughts down publicly.

Enough of that, onto the mistake!

Last time, I was riffing on Clay Shirky‘s old TED talk about new organizational structures, and doing some serious armchair sociology (as a trained philosopher, the armchair is my main tool for scientific inquiry). I was talking about figuring out ways to accomplish increasingly complex tasks without the need for any organization at all beyond existing social networks.

My thinking is basically that drastically increasingly the efficiency of communication with the people I know makes me much less likely to go someone I don’t know for any given thing. It could be a place to crash in DC (we didn’t wind up finding one) or help fixing a bike, or shooting a concert, or learning a skill. Whenever I can, I’ll look to people I’m tied with socially. If you’re my friend, or my friend vouches for you, or we’ve worked together in the past, or whatever – however remote the connection, a social tie is a great reason to trust that you’re able to do what I need.

Humans like social connections, and big institutions and companies are a compromise between how we like to do things and how it’s been possible to do big things in the past. We haven’t needed a company to do smaller social things, like plan a party or cook a dinner. But we have needed big giant companies to do bigger and more complex things, like governments, armies, bridges and buildings. We need bike repair shops and governments and hotels to make sure we can get the services we need. But we always prefer to deal with a person. We always prefer our companies to act like people, and show us the “human touch”. We like to “know someone” at the companies or shops we deal with.

As usual, technology is changing everything very quickly

Now we have social networking and ever improving communications ability. We can talk to more people better every day, and that means we can get more done with people that we used to have to do with companies. The technologies that make this sort of thing possible are wonderfully interesting, and it’s worth it for everyone to keep on top of them.

So what we’re going to see is more and more collaborative jobs getting done one by one through ad hoc groups of people connected only by social ties, however loose. (Paul Adams is right about the power of small groups and close ties for marketers and business, but I’m talking about something else.)

Already people are swapping simple favors this way. Can I crash on your couch, anyone know a recipe for this, anyone bought something from them, etc. People are starting to share money this way, too. For an example, check out Kickstarter, which I talk about rather a lot. There are other crowdfunding sites too, and a couple sites that exist to connect small chunks of volunteer time to small volunteer jobs that need doing. These are just the start.

But when you look at these experiments, look at which sites are building of off existing social ties, and which sites are trying to create new groups. The former will do much better than the latter. That’s part of why I love Kickstarter so much more than the rest – the focus is on you pushing out to your extended networks.

Increasingly, and probably not using purpose-built technology (people will just use whatever’s to hand to do the job they need; the users will figure out what stuff is for), really complicated things will get done. Specialists, experts, people with unusual assets, people in certain physical locations, all sorts of people who aren’t interchangeable (in the way that financial backers on Kickstarter fundamentally are; money is fungible) will collaborate to achieve complicated things.

They won’t create an organization. They’ll just do it, then move on. All that’s left will be the experience of having worked together, the social ties that got created or strengthened, and of course the thing itself that got done.

I agree, but where did you mess up?

I messed up in how I talked about the motivation for people to participate in this kind of project. I talked about people owing each other favors in the music world being a guide to these collaborations in the future. But that’s not quite right. When I offer my expertise on something, I don’t do it so that I’ll be able to expect an equal value of expertise in the future.

I do it because I like the person I’m working with, because I like the goal we’re working on, because I like helping, and because, way at the bottom of the list, I want the connections. People I’ve worked with can call me, and I can call them, and increasingly we do, a process which leads to even more cool projects. Which is the point: I want to fill my life with a sustainable chain of successful artistic projects. I always want to keep going.

It’s not about a mercantile interest in favors-as-money. That was my mistake. It’s about awesomeness. Awesome work, awesome people, awesome experiences. The motivation to do this stuff isn’t self-interest. It’s actually fairly idealistic. I guess that’s part of why I’m in the arts and not a big profitable company.

But what I’m arguing, from my comfortable and under-researched armchair, is that more and more stuff that gets done will fall into this category. People will do it because they want to. People will work together and make things without the need for special organizations and then go on with their lives. And the people who keep it up and quit their day jobs are the ones we’ll call artists, even though they’ll collaborate with a lot of different people.

That actually sounds kind of fun

I agree. It does – more stuff is about doing what you want and what you’re good at with your friends. Less stuff is about companies or creating permanent specialized unsocial groups. Cool. But that leaves two questions.

First: How does anyone get paid for making art anymore? You’ve got me. I have no idea. Kickstarter’s a part of it, people wanting to be part of a continuing story is part of it (that’s what motivates people to pay three times the price for eggs at a farmer’s market instead of saving money at a grocery store), and maybe a stronger social safety net and direct government support to artists is part of it. This isn’t a solved problem.

Second: What the heck do you mean by “awesome”? Do you mean popular, viral, shiny, covered in bees, what? That’s a question that’s worth a whole lot more than $64,000. Particularly when we’re on the internet, it seems like the idea of “awesome” does grab hold of something. Creative, funny stuff is awesome. Cat videos are awesome. New pieces of surprising scientific research are awesome. iPhones are awesome. It feels like it’s a happy thing, an emotionally arousing thing that’s connected to, but not the same as share-ability.

I think there’s a lot to be said analyzing what this kind of “awesomeness” really is, and I’m going to return to it in a future post. I’m particularly interested in it because it does seem to be the driving force behind why people sign on to help each other achieve new and wonderful things in this way I’ve been talking about.

And if we can figure out what that’s all about, wouldn’t that be awesome?

p.s. If you’re looking for an avenue of attack on this, whenever a philosopher-type says “it seems like” or “it feels like” it’s because they’re making a bald-faced assertion that they think they can get away with. Attack there.