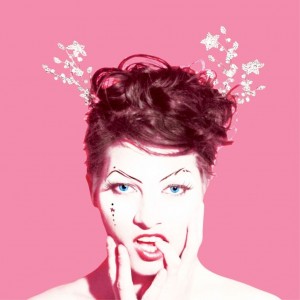 Late Update: Amanda Palmer is now paying all her musicians. Good for her. I’m very glad she’s doing it, but I also think the level of outrage was way out of proportion with the situation.

The controversy over this has basically been dealt with. The Kickstarter million is in fact gone, the amount needed to pay the volunteer musicians for a big tour something isn’t that much (and should be paid). It is an easy gig, a giant party, and a huge blast to play on that stage. Amanda Palmer is also serious about valuing the people who give her things, so love from her is actually meaningful. I wouldn’t say that if her entire career weren’t built on that. Also, a ton of pop musicians have to deal with much worse pay conditions than this every damn day – it honestly is a different world.

Plus, Amanda Palmer’s response on her blog strikes a good theme: don’t tell artists what to do. Not me, not the volunteers, not you who would never take the gig. But there’s another side to that argument.

The Race To The Bottom

The danger with the pure freedom argument is that it leads you to no collective bargaining. I can choose to undercut your price, you can undercut mine, and eventually we’re both poor. That’s a problem, it’s why we have unions. But unions for music aren’t like unions for manufacturing – my record isn’t the same at all as your record, even though they both are records. My 8 hour shift in the factory is, though, exactly the same as yours. So the concern about undercutting only goes so far.

The bigger problem with that objection, though, is that we have fundamentally no idea what the arts economy is doing. Should we insist on minimum payment for gigs? Maybe. For albums? Not so long ago people would have said yes. So as a society there’s a much greater risk in stopping experimentation in the art business than there is in dropping our prices too far.

And that said, we do still all need to pay the bills. We need coin. We need fair work conditions, and we need a social safety net that’s worth a damn. But right now it’s time to experiment. It’s time to try things. It’s time to be careful and it’s time to talk to each other about what we’re doing.

Look at Zoë Keating’s amazingly transparent publication of her income breakdown. I can’t think of another field or era where doing that would constitute as much of a public service as it does in the arts, in this time.

The Changing Value of Social Capital

A lot of musicians, myself included, have a sort of Pavlovian twitch when we see musicians not being paid. I know what Fran Richard would do. We’ve been trained to think that “exposure”, “love”, “thanks”, and the rest of it all sounds like jam in the sky or pie tomorrow. Yeah right. I’m joining a union.

Shades of the Gilded Age labor movement notwithstanding, this is a situation where social capital is worth something. And that’s scary and new for musicians. We’re so trained not to trust people who offer anything that doesn’t pay properly. In our world, not paying tells people that you don’t care. It tells them that your love and gratitude are worthless, because you don’t value the work or the people.

But in a lot of other worlds, that’s not how it goes. And increasingly in ours, we don’t have to take the value of the social capital we’re offered on faith. We can see ten years of internet with Amanda Palmer not just putting on shows and touring, but building a massive interconnected community of everyone who gives a fig about her art. When she says “I’ll pay you in love” I have some idea of what that’s worth. When a random restaurant says “play for free, it’ll be good exposure”, I also have a pretty good idea of what that’s worth. Both are free gigs, but they pay totally differently.

Our Revulsion is Out of Date

So we evolved this reaction: playing for free is always exploitative. You love my music? Show me how much in cold hard cash, because your reputation is simply unreliable. But nowadays…..

Nowadays the connections are worth more. Nowadays the experiences are more valuable. The free gig isn’t a resume line for maybe later, or a line you can drop into a networking conversation in six months. It’s a youtube video that your whole social graph can see inside of a few hours, helping you pick up cred from the gig right away, and maybe a few fans from the exposure.

Eventually all this social capital has to add up to sales. It has to translate into your growing fanbase of deeply valued people who back your crowdfunding campaigns, but your tickets, request you on the radio or at their local venue, comment on your works in progress, and through their love and support create your career.

So the social capital itself isn’t that good. But it’s a damn good start, and that’s a lot more than it used to be.

So, do I wish AFP were paying everyone all the time? Yeah. I really do. She can make that happen, and she should. Do I think it’s exploitation? No. I really don’t.