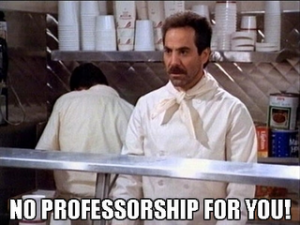 I entered this discussion from the point where it causes me personal discomfort: when discussing my career, my art and my work with more quantitative people, I sometimes confront the opinion that what I do is easy, or that I am missing something because I’m on the artsy side of the arts/science divide. (Matt Dunnam rightly points out that that distinction is muddy at best, but at least for the moment we’re stuck with it, plus it does mostly work for this discussion).

A lot of great responses to my original post have come in over the last week. I wrote up the first day’s response in its own blog post. Then great comments came in on that blog post, and more on the Facebook threads. The discussion has been wonderful – full of different and compatible perspectives on a tricky issue. If my seminars in undergrad had been like this I might not have left philosophy quite so quickly.

Higher education has taken center stage for us, and the internet at large seems to keep giving us more grist for our mill. We have the initial study about students washing out of the brutal intro courses many colleges require in technical fields. We also have the recent news that China is considering canceling majors that produce unemployable graduates, as well as this post from Nate Kreuter on how hard it is to tell humanities grad students that there aren’t any jobs for them, and this open letter that Nate references in his post.

So where do we seem to be on all this?

It looks like we all tend to agree that undergraduate degrees in the arts are easier to get than undergraduate degrees in the sciences. If you’re a freshman, and you’re looking for an easy major for whatever reason, you should probably major in history instead of physics. As David Jao points out, one of the reasons people might look for easy majors is that they themselves might think, rightly or wrongly, that they aren’t very bright. You’ll have to work just as hard to make a career, or be at the top of your class, but if all you want is to get a degree, any degree, you’ll have an easier time in the humanities.

But it seems my main argument is still standing: the structure of undergraduate education probably contributes to the opinion that the arts are easy, and the opinion that artists themselves aren’t as bright as their colleagues. What we should be saying instead is that undergraduate training is easier in the arts, not that the arts themselves are easier. That doesn’t actually say anything about how hard it is to find professional success in these fields, or how intelligent or talented the people in them are.

Artists need to think about this too

I started off wanting technical people who’ve lived through sink-or-swim undergraduate education to look more closely at their opinions, especially if they think artists are dumb or the arts are easy. I wanted them to realize that the arts are hard, that good artists can be brilliant people, and that there are worthwhile challenges with no data and no proofs attached. I still want that.

But if I’m being responsible about this, I have to also ask people on the arts and humanities side of things (especially students) to look more closely at their assumptions about their own futures. Maybe you shouldn’t be looking for an easy path to graduation, but an easy path to retirement.

But what about all the colleges and conservatories?

Henry Kandel pointed out rightly that it is possible to identify terrible artists and scholars at 18 and 19 in the same way we can identify terrible engineers. But for the most part we don’t do it. Certainly not on the same scale as engineering departments do. For the arts, the pressure to leave the field usually comes after the bachelor’s degree. It would be ridiculous not to talk about university revenue streams at this point. If you want to keep the tuition revenue, there’s an economic motive to graduating as many paying students as you can, and letting students pay you their money, get their degree, and face reality only afterward.

That leaves us with a f*&^ing difficult question about how we should set up our academic institutions. On the one hand, we shouldn’t promise students the impossible, take their money, and leave them twisting. On the other, China’s potential future approach, destroying majors that don’t pay well, doesn’t live up to the kind of free inquiry and pursuit of knowledge that we want from our universities. It doesn’t live up to the freedom and exploration we want for our students.

In kindergarten we tell students that they can be anything they want. In graduate school in the arts we ask them seriously if they wouldn’t rather be out making money somewhere. What’s the right age to switch from one message to the other? I can’t begin to answer that, but I for one would be much more comfortable saying ’22’ if it weren’t for that whole crippling-student-debt issue.