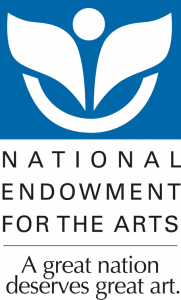 It used to be that the cultural economy didn’t exist, which was terrible.

Then in the post-war period it was great at promoting things with mass appeal. That was pretty wonderful – it gave us the astonishing cultural power of pop music and movies, but it meant that there wasn’t any money leftover for stuff that didn’t have mass appeal, but was nonetheless valuable. So in stepped the NEA, philanthropists, foundations, and corporations wishing to appear cultured. (This was more their stated goal than their actual goal, even if that, but bear with me). This gives us Exxon paying for Great Performances throughout the 1980s.

That system had big problems, and now it’s breaking thanks to the internet. A lot of the analysis of why it’s breaking runs along the lines of “there isn’t enough money coming in to support us anymore!” That barely scratches the surface.

The cost of creating art has dropped through the floor. Hyperbole barely covers how cheap it is now to make wonderful things. It’s also practically free to distribute wonderful things. Be sure not to overlook the fact that you can pay for things much more quickly and easily as well. That’s important.

Dear the arts community: this is great news. If you think it’s bad news, you’re putting your short term interests over the progress of society.

If we’re not just losing money, then what is happening?

The internet does some other things very well, too. It teaches people how to do things by giving them fantastic models to learn from, and often free teaching materials. It rewards niche content and creators by facilitating communities based on interests; this way you can sell a little to a few or a lot to a lot, and scale your business to your audience like a liquid filling a container. It helps different ideas and bits of creativity connect and flourish almost by themselves, and create these big organic group behaviors by people who don’t even think of themselves as part of a group.

And here’s an important thing, it does create another economic system for artists to be supported, even though right now it looks like more artists and getting smaller pieces of the pie, and arguments are raging about whether the pie is actually growing or shrinking.

How do we fix the new system?

Just for a start, creators have no leverage with distribution platforms right now, and we as a society have no framework for judging, say, how much of YouTube’s revenue should go to YouTube and how much to video uploaders. We just don’t know how to decide that yet, but at the moment I’d wager that creators aren’t getting enough.

Second, the internet is very good at rewarding “viral” stuff, “shareable” stuff. A lot of that content is simply amazing. But there’s probably a lot of fantastic art that we want to encourage as a society that isn’t so “viral”, and that doesn’t do so well in an internet popularity contest. How do we find that stuff and make sure we still have it?

That’s my start to the discussion, but it’s just a start. What else isn’t good enough about the new economy, and how do we build market interventions for the 21st century that actually do something about it?