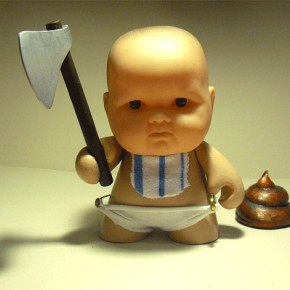 Much like The Responsibility Scallop, The Brat Whisperer* is another neologism of mine for organizational theory.

One of the first things I learned building ensembles at conservatory was this: the first thing you do, fire the brat. If you can’t turn up on time, communicate clearly and quickly, be sensitive to your collaborators, and perform well on the day of the show, I don’t care how talented you are. At least in classical music, this sometimes means firing an actual ‘diva’ opera singer – of any gender.

And that’s a great rule… but it’s hard to follow all the time. Sometimes you just want the amazing whatever it is that keeps you fascinated with that very poorly behaved genius. And that means you’re signing up for a certain amount of insanity and frustration.

So you start looking around for ways to limit the insanity. You try to create ground rules, conflict resolution policies, and clear expectations. You try to communicate what other people in the team are feeling, and how the brat’s bad behavior is damaging the project. Basically, you try to negotiate with the brat. But that’s like trying to negotiate with a terrorist or a House Republican.

Brats lack a super ego. They don’t have the ability to manage their own desires, to focus their own energies, or to think about their collaborators’ reactions before they say or do something. So everyone else has to cope with their behavior after they’ve done it. Brats waste everyone’s time, and raise everyone’s level of stress and annoyance by skipping that step.

When you have a brat on your team, your team does perform this function. You can’t prevent it. The only thing you can do is increase the efficiency with which the task is performed.

Letting one person do this in a focused, more rational way will reduce the overall burden on the project. It will also eat up a lot of time from a hyper-competent member of your team. Brat Whisperers have to have social skills, patience, and responsibility in spades. It helps if they’re especially committed to both the overall success of the project and the Brat’s particular contribution to it. The Brat Whisperer will learn the special and peculiar ways of your particular brat, and act as almost a cut-out between the brat and everyone else. The Brat Whisperer is basically an external super ego, and provides a reasonable exterior that everyone else can kind of deal with.

Sometimes you have to consciously assign someone to be the Brat Whisperer, but sometimes prior connection or habit will naturally shunt the role off onto one person.

Being a Brat Whisperer sucks. It’s incredibly stressful and unrewarding. But it’s an important job, and it’s a hard job. So go out of your way to recognize the people who do it. They are, in the strongest sense, taking one for the team.

And when you’re staffing up for a new project, think carefully before you hire a brat. How much time will it take away form real work to manage this one? How likely is the brat to actually make a valuable contribution? It’s a big cost to pay, a massive distraction, and a huge amount of time lost to your Brat Whisperer. So before you hire one, make sure the brat is a fucking genius.

*This post was originally titled “The Diva Whisperer”, with much the same content. I was unhappy with the gendered nature of the term, and took to Twitter to ask for suggestions to replace it that were gender neutral. Thanks to Robb Blatt, Matt White, Melissa Dunphy, Steven Padnick, and Sara Eileen Hames for suggesting a bunch of alternatives (Rum Tum Tugger Herder?). Melissa’s “Brat” won the day, principally because it’s one syllable long and accurate. Runner up was “Drama Bomb” from Victoria Nece, which I love, but “Drama Bomb Whisperer” doesn’t have the same ring to it. Maybe it should be “Drama Bomb Sapper”. I don’t know.