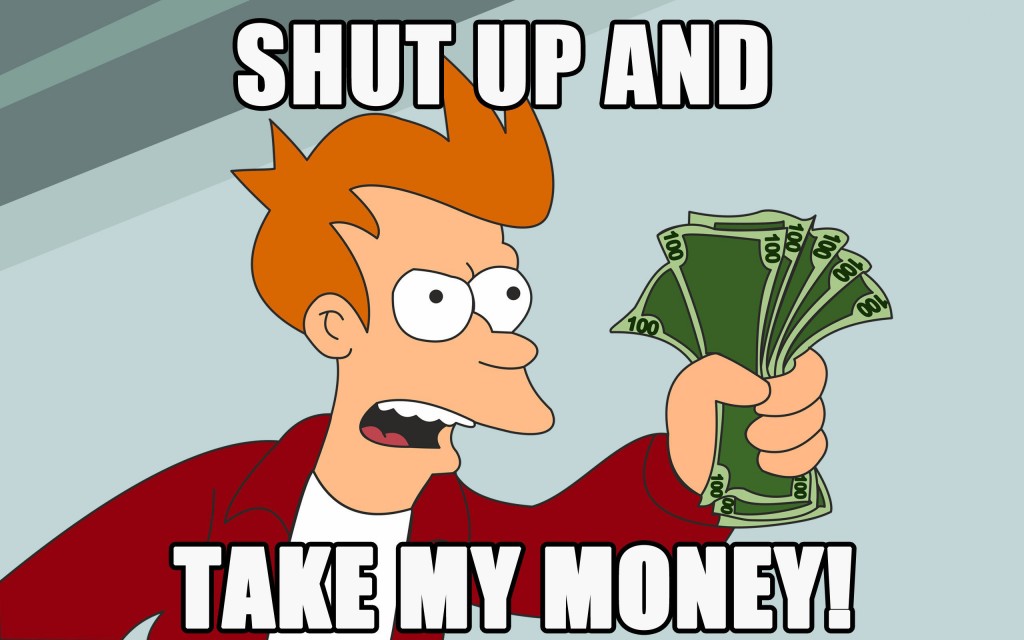 So I have a weird problem with a few artists. Some are authors, some are pop musicians, some are random I-don’t-know-but-sometimes-they-have-a-kickstarter people.

I want literally everything they make. I don’t care what it is.

Anne Leckie‘s sequel to Ancillary Justice is coming out? I want it. The pre-order date is 6 months away? I have to make a reminder to pre-order it, or Amazon just tries to get me to pre-pre-order every couple days until I hand over money to Amazon 8 months early? And even then I don’t know if that’s the way that the artist would rather that I buy the book. Or the CD. Or whatever. I don’t want to deal with any of that. I just want to give the artist money, and get everything they make.

Don’t tell me when the book is out, or when I can pre-buy a special signed something. I just want to know that everything Anne Leckie, or Robin Sloan, or John Scalzi writes, that I’m going to get a copy, and they’re going to get paid the way they want. Sometimes there’s an international artist, or there’s a commercial release and a bandcamp and a pre-whatever it is. I don’t know.

I don’t want to have to know.

Don’t send me an email that says that Dara O’Briain is doing a show in NYC one night in September, and I can buy tickets at 11 AM three weeks from next Thursday. Send me a receipt. If I can’t make it I’ll make sure someone else takes the ticket.

I’m busy working in arts grantmaking, but if any of you out there feeling like building that, I’d appreciate it.