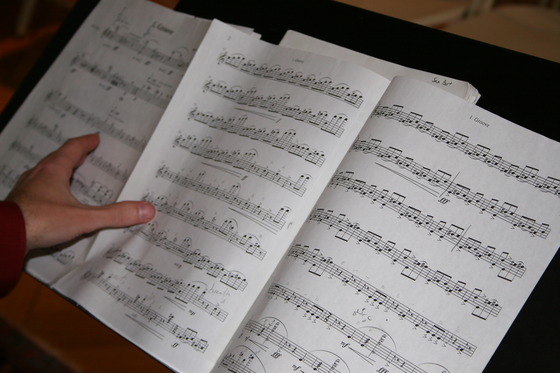 Tomorrow, as a cap to their rollickingly successful Kickstarter campaign, No Signal alums Zach Herchen and Elisabeth Halliday are giving a concert at the Gershwin Hotel. Tickets are $10. The program includes my piece for Zach, The Love Song of J. Alfred Prufrock, which Zach really owns every time he does it. You can hear one of his many performances of the piece over on its own page here.

Zach and Elisabeth have done a tremendous job raising money and interest in their commissioning and recording project, and since they’ve just broken $3,500 they’ve added another composer to the project, Amy Beth Kirsten. I’ve known Amy since she, George Lam and I wrote operas together in 2005 for Peabody’s Opera Etudes program, and I really love her music. Some Ado was the best thing I’d ever done up until that point and then Amy just blew it off the stage with Ophelia Forever. One of my fondest hopes for Summer’s Twilight is to produce it alongside Amy’s Ophelia Forever as a double bill of Shakespeare music/theater experimentation.

You’re also in for a treat tomorrow at the Gershwin with Elisabeth’s performance of King Harald’s Saga by Judith Weir. King Harald is one of my favorite pieces ever, and I try to get people to perform it more basically so I can go and listen to them.

If you have any unwanted cash, by the way, at the time of this writing you still have 57 hours to give Zach and Elisabeth all your disposable income. Keep $10 for tomorrow’s ticket, but just give them the rest right now: