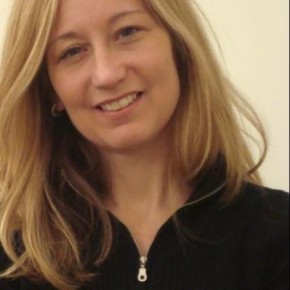 I wrote this as a comment for Diane Ragsdale’s excellent post on digitisation in the arts, and some of the different thinking about new trends and technologies surrounding the question. It got a good bit longer than I had intended, and I think there’s an interesting thought here. Instead of framing questions for “the field as a whole” I try to frame a question for individuals working in “the field”. I hope you like it:

I like to look to other industries and other media to see if there’s anything I can learn and apply to our field. This New York Times article is a great example. A lot of times developments in media consumption that impact big for-profit industries are better understood than the dynamics of the non-profit arts world. The trick is just applying that stuff to our world in a sensible way.

Maybe another good piece of guidance for thinking about this stuff should come from looking at what film did to theater when it came around. Theater used to serve all the needs it currently does (live performance, evening out, unique experience, access to certain cultural content, etc.) as well as a lot of needs that film took over when it came around (mass entertainment, access to a certain kind of content, shared arts experience etc.). Early filmgoers also got some new stuff they couldn’t in the old theater, like newsreels.

Theater had, as we would now say, been disrupted. Its role in society changed a lot. It’s still around, and it probably always will be, because no matter what technology comes around, actually being in the room with people performing will remain unique. It’s just much more focused on things you can only accomplish in a theater than it was when it was the only game in town.

We can learn a lot about how to handle the new media consumption disruptions from what happened in previous disruptions, and from the working artists who are figuring out new ways to function. We know our live performances have to take special advantage of the fact that they are live. It’s not enough to say “I’ve got the art, and you have to come here to see it!” because they don’t anymore. They can stay home and see it. There has to be something special about the performance, attendance has to fill a social need (be it the exclusivity of having ‘been there’ or a simple date), or come with benefits unavailable elsewhere.

And we have to get ready for another thing that happened to theater when film came around, and to ‘classical’ music when pop music came around: a lot of the talent in the next generation will go to the new media. That’s where the excitement will be, and where the cultural energy will be. The choice we face now is a difficult, introspective one:

Do I love filling the cultural needs that I fill in my current role, and will I follow to another medium to fill those needs elsewhere, or do I love the theater itself, no matter what it’s for? When I get up in the morning, do I want to be culturally relevant no matter the medium, or will I not be able to live with myself without the lights going down, the curtain going up, and the magic of live theater?

That’s not a question for the field, it’s a question for individuals working in it, and there is no right answer. But I have a hunch if people who are worried about this stuff destroying their jobs make up their minds about how to answer that question it’ll clarify some of the options, both in their own career choices and in the direction they want to steer their organizations.

I hope you thought that was interesting. If so, you should really head over to Diane Ragsdale’s original post. It’s very interesting and has some great comments on it as well. Also, if this stuff interests you at all you should really read everything on her blog Jumper. It’s great stuff.