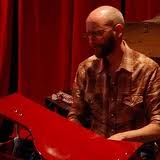 About a month ago David Smooke wrote a great piece for NewMusicBox called The Audience Does Not Exist. In it, he argues that imagining “the audience” in your head, and then trying to write music in order to please it, is basically a fool’s errand. He argues that it’s much more sensible to trust your own instincts, and write the kind of music you love, and then try to get people excited about it one at a time.

In my view, one of the more insidious terms that often crops up in discussions of experimental music is The Audience. People who talk about The Audience generally seek to appease this mysterious beast, with sacrifices of artistic integrity and psalms in a language they believe their deity will find pleasant and simple to comprehend.

My criticism of this idea of “the audience” would be a little bit different than his. We both agree that obsessing about it leads to bad writing, but here’s my explanation of why. The problem is that the idea of “the audience” that most people use is dreadfully inaccurate. Classical composers in particular tend to imagine “the audience” as a bunch of people who’d like our orchestral music more if we wrote it more like Rachmaninoff. So instead of having useful feedback from human beings who are interested in our work, we have Smooke’s ‘mysterious beast’ sitting on our shoulders making us nervous.

The real audience, though, is extremely useful. Another of David’s comments gets to the heart of the matter:

Trying to think of “the audience” as one undifferentiated concert hall full of homogeneous orchestra subscribers is misleading in about a dozen ways. But most interestingly for me is that that sort of idea is out of date. In the 1870s, how could you possibly know much more than that about the people coming to hear your music, or what they thought? The closest thing you had to twitter discussions about the concert was reviews printed in newspapers. Nowadays no one would mistake critical response for audience opinion, but then it was the best approximation available.

If we could really know what “the audience” thought or wanted, that wouldn’t be a hindrance to making art, it would be awesome. We’re trying to create wonderful experiences. We have to rely on talent and intuition not because they’re infallible (far from it), but because they’re the best we’ve got. Real information about the audience can’t replace that, and it can certainly never substitute for the potential of a genius to fundamentally alter the way we see the world, but it can help. If I’m trying to make you weep with joy, and I have some data telling me how, that’s definitely a helpful thing.

We Don’t Have The Science

In reality, though, we can’t actually study our audiences the way we would need to to learn this stuff. First, we don’t have the time or the money. Second, as Aaron Gervais points out in his comment on my last post, even the marketing research types who do have the time and money haven’t got it figure out yet. Third, and perhaps most importantly, figuring out how art works is vastly more complex than figuring out how to sell stuff.

Think of all the emotional reactions that go on in your head when you listen to your favorite song. There are past associations with the song, there are elements of delayed expectation based on rhythm and pitch and timbre and volume that I defy you to model with a survey, and about a dozen other things. And good luck splitting them up into independent variables that you can actually study.

Real understanding, grounded in good science, of what your audience wants from your art is pretty much impossible.

What do we do instead? Take another look at what David said (emphasis added):

We talk to people one on one. We show them bits of our music, and see how they react. Isn’t that the same thing as a composition lesson? Well, yes. But here’s the dirty secret: you can learn as much about your own writing from anyone sitting in the concert hall as from your professor. You might not hear as many useful anecdotes about life in the field, or get as much technical advice (instrumentation, notation, etc.), but when you’re trying to find out if it’s good, if it works, test it out with your friends (and, if you’re doing it right, with your past ticket buyers or Kickstarter backers) as much as you do with your teacher.

It’s not full on Science, but it’s incredibly useful, as well as cheaper and faster than running big studies (even though big studies are out of our reach, it’s good to remember what real data would look like).

What I’m really interested in is using different kinds of web-usage data and small-sample size discussions to bridge the gap between one-on-one interviews (including composition lessons) and massive studies. I want to fold that knowledge into the creative process itself instead of just the marketing for the finished work.

For now, though, my main message is this: David’s right, you don’t know what the audience wants or thinks. If you did it would be awesome, but you don’t.

And even if you did there are still limits to how useful it is. You can learn what makes people laugh or cry from audiences, but they can’t teach you orchestration.

The danger David wrote about is pandering to an imaginary audience that lives only in your head. That’s a big danger. But there’s also a danger in pandering to the actual audience once you know what they really want. Science is awesome, but you’ve got to remember exactly how awesome.

It’s nice to give people what they want, sell tickets, and pay the rent. But we didn’t get into this field to make a quick buck (god knows there are easier ways), we did it to make stuff we love. So, as we develop new techniques for communicating usefully with our increasingly gradient audience, individual by individual, I’ll leave you with some of Smooke’s words:

I’m aware that very few people will be drawn to the same sounds that fascinate me. The fact remains that I like the music that I like, and when I write compositions that focus on unusual sounds it’s because that’s where my obsessions lie.
….
In place of considering The Audience, I’d like to propose this: Write the music that you love and that’s honest for you, while enjoying the huge variety of music in the world. Let’s set aside the concept of a massed Audience, replacing that notion with a view of our music being heard by individual persons.