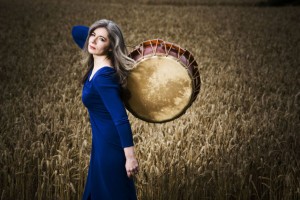 I have a rule about this. It has broader implications, but for me it starts from putting on shows. And it’s this: Always Carry Drums.

Here’s what I mean. If you’re putting on a show, and you’re not a drummer, at some point you’re going to be standing around, having totally finished “your bit” of the work. You’ll have set up your guitar, or soundchecked your flute, or whatever, and the drummer will still be running back and forth to the car and lugging gear bags back to the stage.

It always happens. Drummers just have more to carry, more to set up, and then more to take down again when they’re doing a show. And if you, with your hands free, don’t decide to go help the drummer, here’s the thing:

I will never work with you again.

I won’t say anything, and I won’t think you’re a terrible person, and the show will go on. But when it comes time to put together the next show, I’m not calling you. Because you don’t carry drums.

When someone else has more to do than you, and you’re working towards the same goal, help them. Don’t look at the job as “my bit” and “their bit”. Look at the job getting done.

The new music group Eighth Blackbird is well known in music circles for passing this test with flying colors. There’s one drummer, and everyone moves the gear. Between shows, often most of them fly, and there’s a van on the ground driving filled with drums. They all take turns driving the van. Also they play music really well, and are doing a really cool thing right now with Amy Beth Kirsten, but that’s a different story…

Why talk about this now?

Because we have a show coming up on Saturday at the Exapno New Music Community Center. And it’s got all kinds of music on it, all kinds of different performances. And everyone working on the show would, I know, carry drums.

We’re going to be putting on a great show, and that’s the most important thing, but even before we load in to tech on Saturday afternoon, I’m proud of these artists. I’m looking forward to showing the audience not just a good time, but a great bunch of people making it happen together.